Listening to How to be Like Walt: Capturing the Disney Magic Every Day of Your Life I ran across a story about how the animators of Disney’s Pinocchio undertook a challenge to build a clock like the one’s in Geppeto’s workshop. Originally spurred on by Walt’s comment on seeing the cartoon for the first time “It’s a good thing this is only a cartoon. It would be impossible to build a real clock that works the way they do,” they wanted to show Walt it could 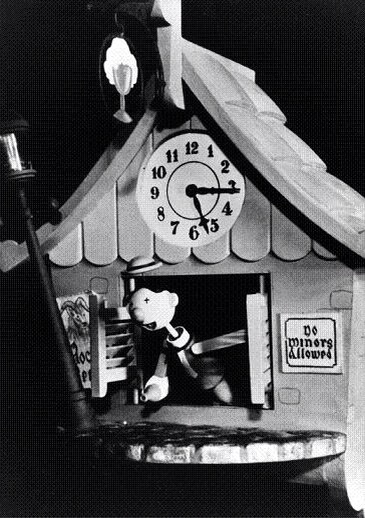 be done! The next steps were buying and disassembling two real clocks and seeing how they worked. Then they asked a diverse group of clock makers and electrical engineers if it’s possible. After all that time invested they couldn’t admit defeat and begin making the intricate parts and assembled them the way they thought it would work…and It worked. Walt’s final comments on seeing the clock “ I knew you could do it all along…I just wanted to see how long it would take you.”

Challenge: Think of an idea or dream you want to make a reality use these steps and share with us how you accomplished it.